On Friday, I had some time to kill between castings and found myself walking around in the Covent Garden area. I was passing by a shop called Oro Gold when a feminine looking guy with an Israeli accent stopped me to offer me a sample. He then somehow managed to engage me and brought me into the shop where he supposedly would show me something crazy.

He had me sit down and started applying some sort of gold scrub on my hand, waited about 30-40 seconds, then rubbed off taking a lot of my dead skin with it. Or so it seemed to be, I found a lot of sources saying that apparently they use an ingredient called PVA (can’t confirm it as I can’t find an ingredient list anywhere – strange?) in this specific peel that is almost like glue, and what happens when you put glue on your skin and let it dry? Give it a try and then rub it off, it looks very much like skin! Afterwards he held my two hands together saying, can you see the difference? “Umm, no not really” I was thinking. He then started putting on some other products talking about how amazing and beneficial they were and that they were made of 24k gold. He started asking lots of questions, about which products I used on a daily basis, how much I spent on beauty products a month, how long my creams lasted etc.

He also showed me the “luxurious” packaging of the products, showing me where I could find the ingredients list so that I could have a look, but as soon as I started studying it he snapped the packaging out of my hands and started talking about something else. He always kept on complimenting me on how beautiful skin I had. He started talking more and more, until it felt like my ears were bleeding! He asked me which of the three products he had used on me was my favorite, I told him I didn’t have one. But he kept nagging, forcing me to choose one so I just said the gold scrub to make him stop. He then started throwing figures in the hundreds of pounds and kept making different combinations of products and offering them to me at different prices (I would get three products for the price of two etc), throwing in extras etc. I told him that he was a very convincing salesman but that I would not buy anything from him, he was then very offended telling me he was not a salesman, but a promoter (HUGE difference apparently). He claimed that he had been working for the big brands like Chanel, La Prairie, Creme de la Mer etc (not so sure about that!) and that Oro Gold was by far the best product out there and the”real deal”. He also told me that their policy was to not advertise so that they could sell their products for a cheaper price.

I told him again that his products seemed good but that I would not buy anything from him. He then became even more aggressive  started asking why I didn’t want to buy anything from him, if it was a matter of price. I told him yes, I would never buy products for hundreds of pounds without doing research first and trying samples. He then started throwing in even more products that I would get included in the price he had already offered me, stating that he was not making anything out of the sale now, and that he only gave me this “amazing” offer because he liked me and wanted me to use their products. I told him NO one final time and that I would not buy anything from him, I told him I would try the sample he gave me, then see. I stood up and started to leave the shop before he  could make my ears bleed even more, on the street just outside the shop a man dressed in suit – looking like the shop manager – starting shouting after me, wanting to know why I was leaving so soon (had probably spent 20 minutes in the shop). I just kept going, I had already had enough of these rude, aggressive people. From now on I’ll walk on the other side of the street every time I cross that Oro Gold shop!

I have to say, I totally understand how people are not able to say no to these people and their sale tactics. Even though I wasn’t interested in the products and knew it was a scam it was hard to say no. After I came home I started googling Oro Gold (read the complaints here) and found the products for a fraction of the price on sites like amazon. I also read about the aggressive sale tactics at other shops around the world (they all seem to have the same tactics), and that the sales associates tell customer they can return the products, but the recepts are stamped to say “no returns / all sales are final”!

Even if the Oro Gold products actually do work, my advice would be not to buy any of these products. This is a company that clearly intimidates and lies to customers and therefor they should not be rewarded! 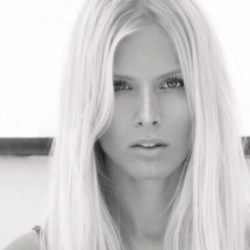 Norwegian New Yorker Hanne Sagstuen a fashion model, art director and editor in chief. Beautylovin is the website where she shares her take on life, travel, beauty and everything in between.

This site uses Akismet to reduce spam. Learn how your comment data is processed.

Norwegian New Yorker Hanne Sagstuen is the editor in chief of Beautylovin as well as a fashion model and art director. Beautylovin is the website where she shares her take on life, travel, beauty and everything in between.